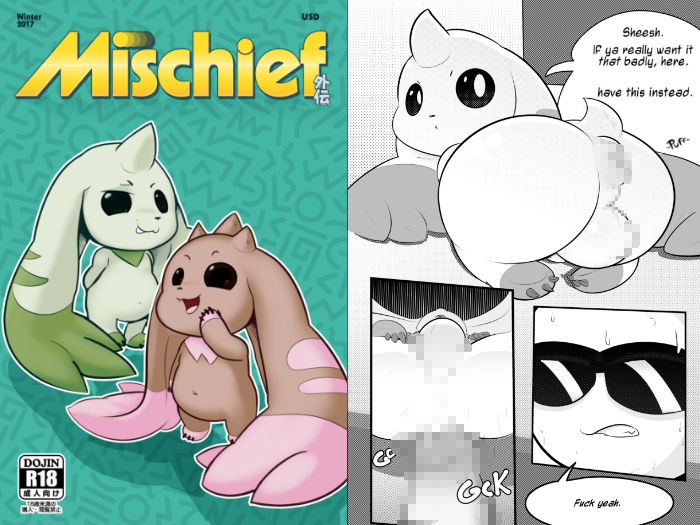 Fancy a little mischief? Mischief is a parody comic compilation featuring the works of -10- of your favorite artists! Working hard every day can take its toll. All our protagonist wants is to take his mind off the daily grind with a little.. okay, a lot of nostalgia, but each day he feels more and more removed from a few specific things which used to make him happy. Luckily for him, there just so happens to be a business that specializes in just that. After receiving a secret referral, he steps inside one of the rooms....

Featuring the art of: Billmurray and Maeh.