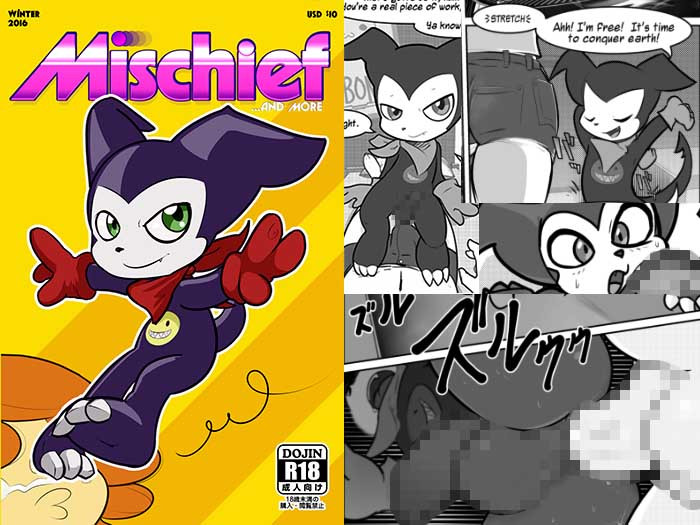 Fancy a little impish mischief? Mischief is a parody comic compilation featuring the works of 8 of your favorite artists! As our unnamed protagonist packs off to begin life on his own, he finds a trinket which reminds him of earlier days... Things get a little frantic when an old buddy reappears and realizes he's not coming along for the ride! Or is he? As the corruption begins to set in, will things ever be the same as before?